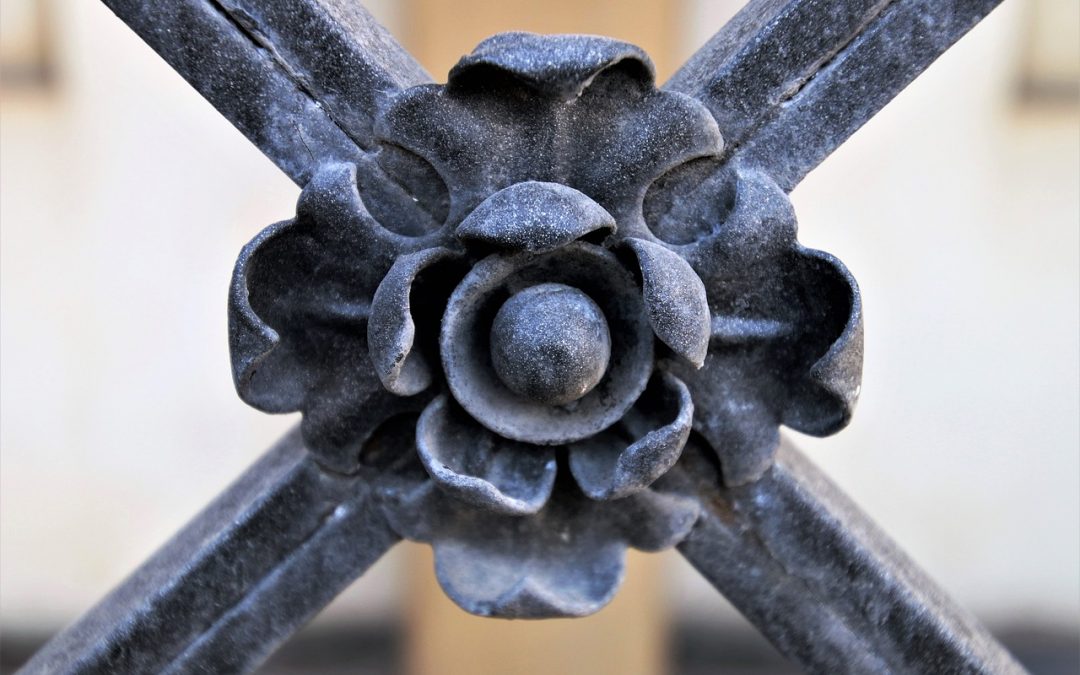 There’s something extremely noticeable located at the corner of Airport Boulevard and Schieffer Avenue these days. In Patterson Park, right next to the skate park and community garden, sits a giant metal flower surrounded by a colorful and beautiful concrete mosaic. A nearby pole contains a plaque that states the following:

“DANCE OF THE COSMOS

According to the artist, the idea of the piece is to essentially represent emotional wholeness, and the piece was initially constructed out of a feeling of frustration due to the artist having a hard time dealing with so much negativity in the world. Through this piece, she attempted to express a broad spectrum of different emotions. In other words, it’s almost a way to embrace that life is an entire flower of experience.

Basically, the idea is that when the petals open, it provides a more uplifting feeling, while the petals closing provides a sense of closure.

As far as the mystery regarding the flower opening and closing, it turns out that the piece does this all on its own. It’s done through a solar panel that rests on top of the pole containing the plaque. During the daytime, the panel collects energy from the sun, while at nighttime, it works to power a separate device located inside the base of the flower itself. As a result, the petals end up closing. They will then open right back up during the morning hours.

When the piece was situated in Hyde Park, there were instances where the petals would be either open or closed for days at a time due to an an issue with the mechanism that helps to open and close them. This helps to explain why the opening and closing of the petals appeared to be so random at the time; however, this does not appear to be an issue with the piece’s new home inside Patterson Park.

Thank you for visiting TNT Construction’s blog. We are a top Austin barndominium company. If you are looking to build a barndominium or any kind of metal building contact us today.